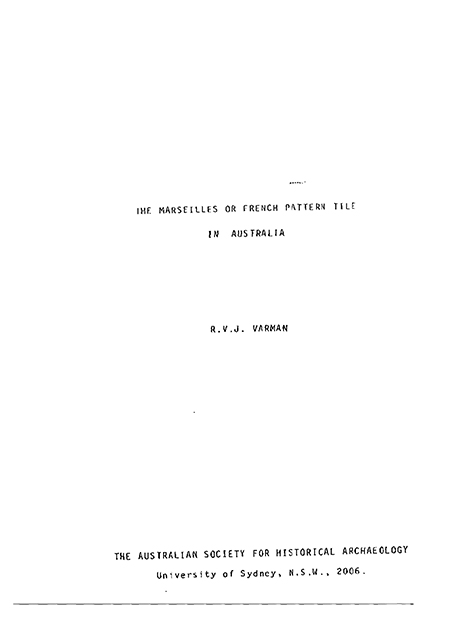 Marseilles tiles are the interlocking terracotta tiles which became ubiquitous in urban Australia during the late 19th and early 20th centuries. Initially developed and imported from France, over time, a number of local producers also developed their own versions of these tiles. This short volume discusses the history and manufacture of these tiles. It should be noted that although undated, this title was initially published in the early 1980s.